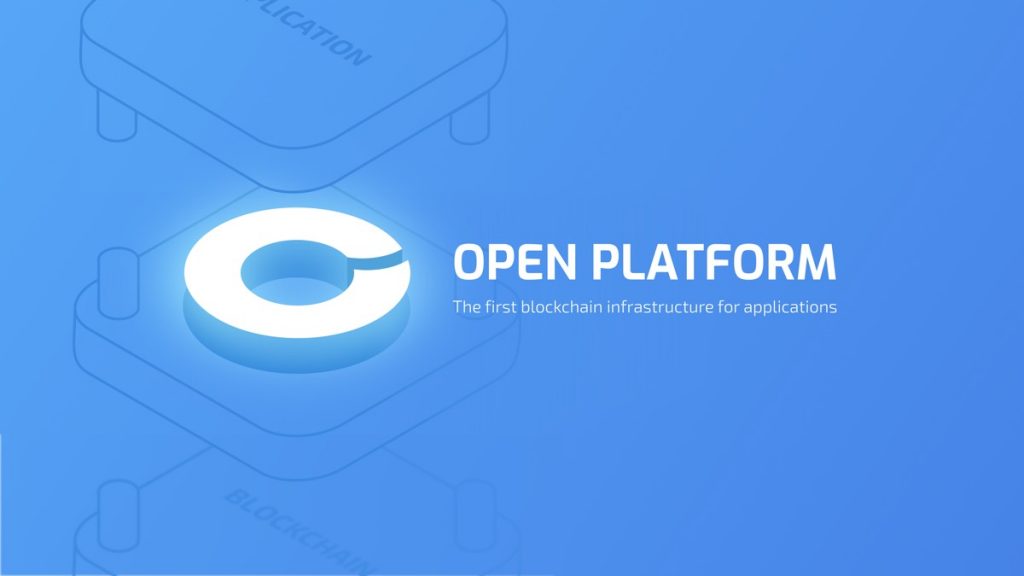 OPEN End of the Year Update

2019 has been an exciting year for the industry. We have seen a catalyst in activity across decentralized finance, gaming, scaling, and developer tools.  However, often times, the industry forgets how nascent blockchain technology truly is, and how early we are on this journey towards mainstream adoption – many times expecting overnight transformation across industries. Bitcoin just recently crossed 10 years, and Ethereum is just over 4 years old. The decentralized technology stack offerings are evolving every year, and the trajectory for the industry has gained momentum. We are excited to be on this journey for the long haul.

OPEN Foundation is excited to recap and review the technical developments that have been made across all key open-source technologies available on both our public Github and our developer portal. In our 2019 year-end update, OPEN would like to recap some key highlights from the past year:

Technical updates have been consistently contributed throughout the last 2 years on OPEN’s public Github. OPEN’s Github is the main portal to view and download our open-source, decentralized technology stack and, along with our website and developer portal, would be one of the key areas to stay updated and familiar with progress. OPEN committed hundreds of thousands of lines of code on Github across the OPEN Platform, OPEN APIs, OPEN Chain, OPEN SDKs and more, which are all publicly viewable and available at all times.

OPEN has close to 5,000 GitHub commits and growing. On the higher side of all open-source decentralized technology projects. 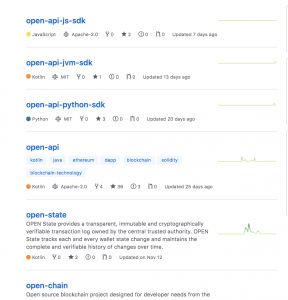 OPEN has spent the last year adding a considerable amount of technical development and progress across it’s publicly visible projects and repositories on Github. As mentioned previously, OPEN has created these technologies as open-source offerings for developers looking to utilize decentralized technologies within their applications.

This includes the OPEN Platform, its related tools, and the OPEN Chain, an open-source blockchain for developers who do not want to develop their own chain and would rather utilize an existing, high-throughput option.

This past year, OPEN has fully completed its original development roadmap and further, has updated a mainnet release build of the OPEN Chain last spring that can be found on GitHub. This chain has been utilized by third-party developers since its release. Chain throughput tests have also been conducted and published on OPEN Chain. Throughput tests can further be individually analyzed by developers utilizing their own choice of application environments, technologies or preferred infrastructure. 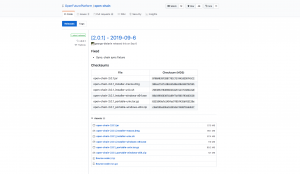 In 2019, OPEN has completed a majority of these tasks ahead of schedule. As a result, during 2019 OPEN has initiated a new and separate open-sourced contribution to the decentralized development community. This additional project, detailed further down this year-end update, was originally queued for development in 2020 but has been pushed forward to begin in 2019. 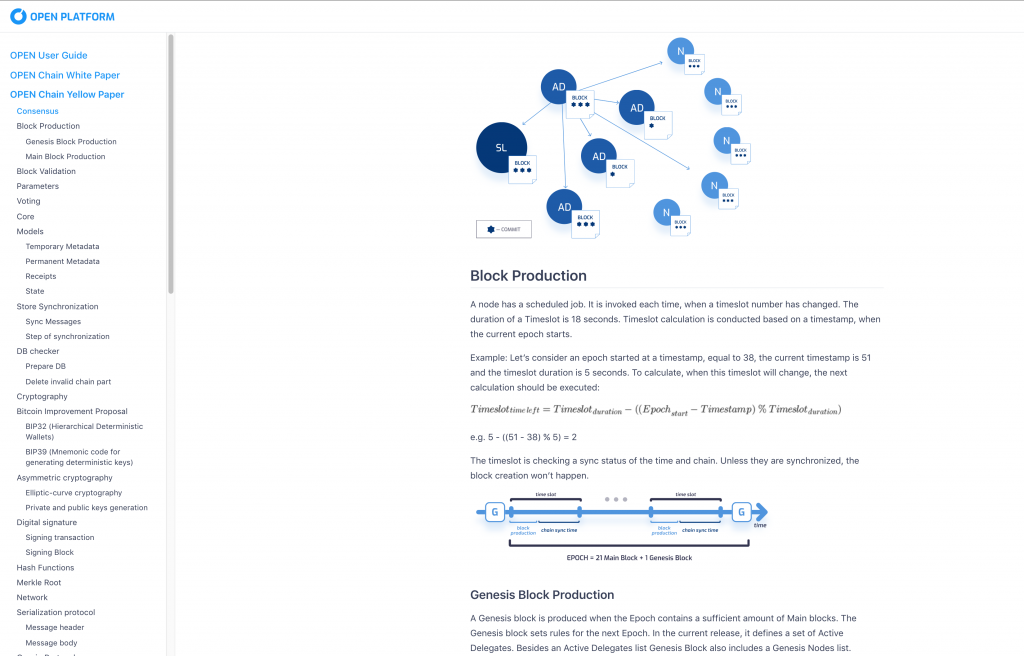 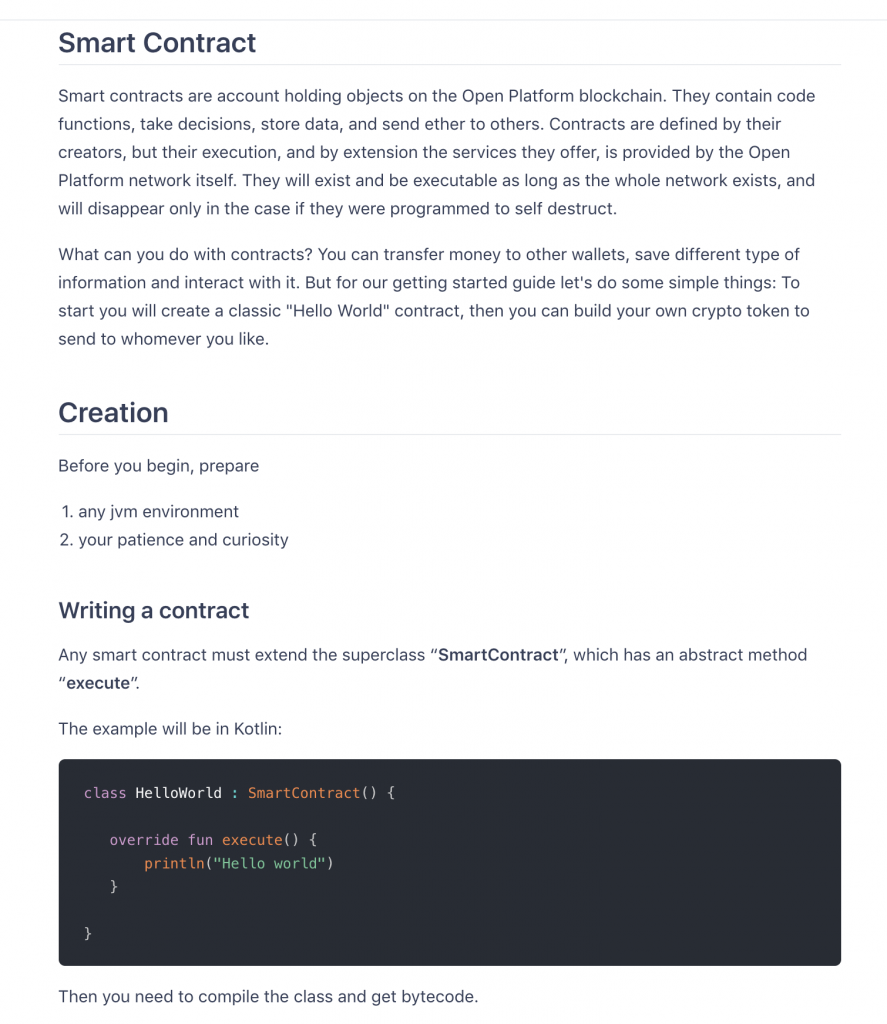 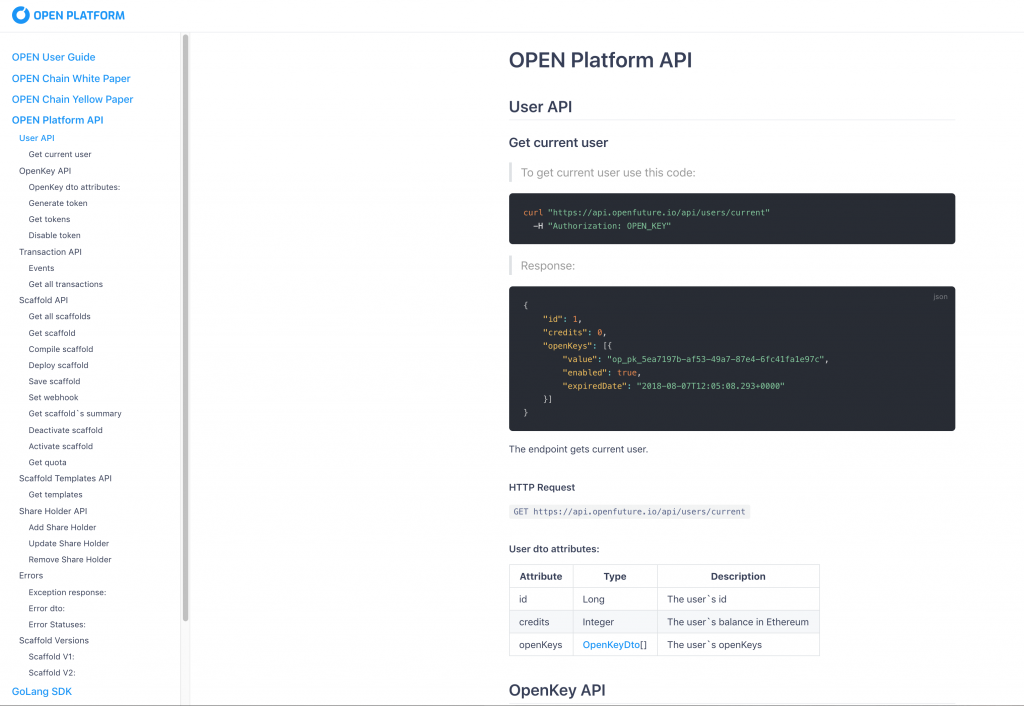 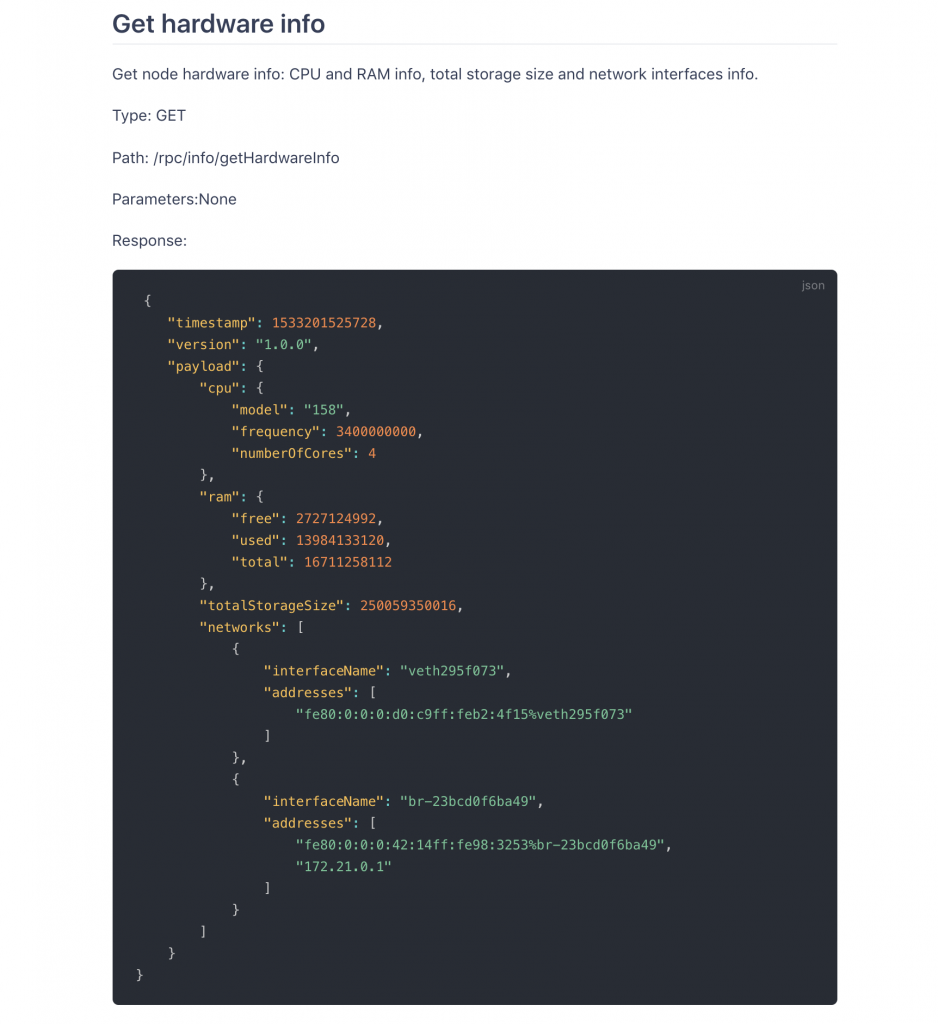 Also, OPEN launched the OPEN Bug Bounty Program this year. OPEN’s bug bounty program was launched to provide a commonly used approach of community-led error reporting and debugging beyond that of internal efforts. In rewarding these efforts, a contribution is made to the developers who assist or contribute in the reporting or debugging of issues found.

The OPEN Bug Bounty program is still open and among the policy exists a number of classifications and guidelines around bug discovery categories. More information can be found at https://www.openfuture.io/bug-bounty-program.html

Further, OPEN launched a DApp Development Competition, a program to reward those utilizing any of OPEN’s open-source technologies within their project’s applications. Developers could submit their applications that integrated any of our user tools, chain, platform or SDKs in any focus area such as DeFi, gaming, payments, and more.

Outside of these key events and highlights of 2019, OPEN plans to focus on building the OPEN State through 2020.

The OPEN State is an open-source solution to providing a gateway or bridge between decentralized technologies. As many blockchain networks have come online or are in the process of coming to launch, blockchains may bring an isolated environment within their own respective environments. This would cause greater isolation and siloing within the decentralizing industry, which is in contrast to traditional software development. In traditional development, connecting and bridging technologies such as APIs have been the trend, with much success in bringing convenience to developer applications and their end users.

Some developers have understood this trend may lead to increased adoption of decentralized technologies and thus have crafted interoperability solutions to bring together what indeed may be required for decentralized applications to work in a meaningful way. 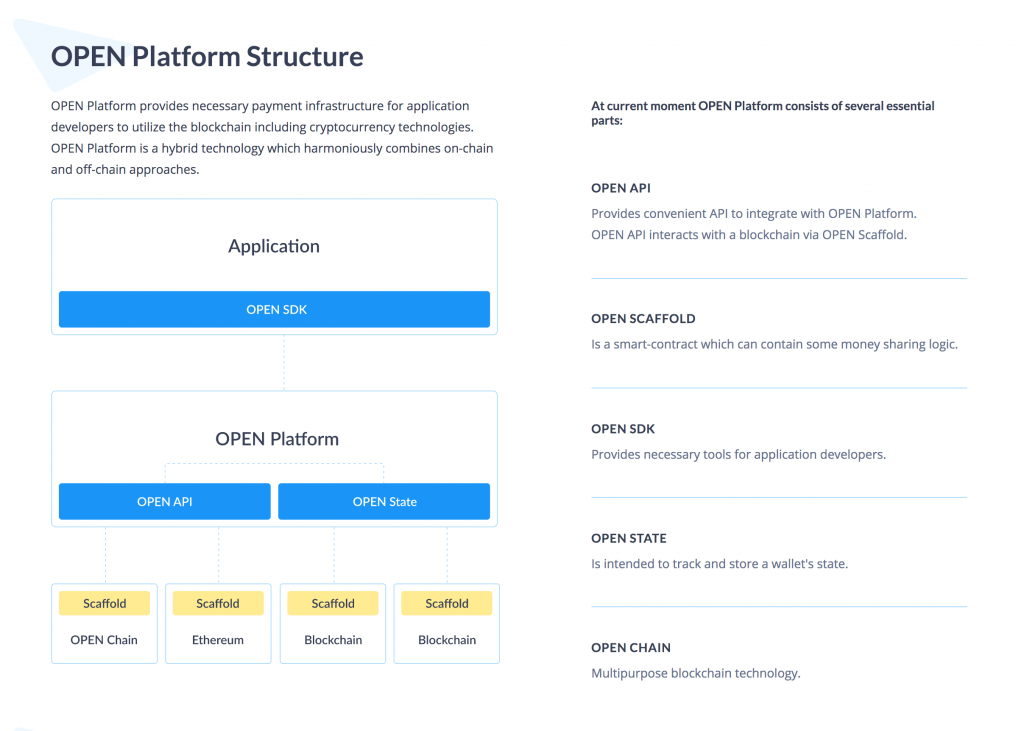 The OPEN State is one such solution that shares that understanding and motivation. In alignment with its bridging and hybrid approach, OPEN continues to utilize approaches that meet off and on-chain solutions to encourage adoption of decentralized technologies. The OPEN State utilizes a fully managed ledger database to provide an immutable and cryptographically verifiable way for developers to track states across various chains and various decentralized technologies. Due to the length of the explanation, OPEN will follow with a separate post around the OPEN State, but is happy to announce that development has already begun since mid-2019 after designing and planning phases.

Also in 2020, for developers utilizing Ledger technologies and devices, Ledger has indicated that they will be updating their firmware and applications to support the latest OPEN contract. Ledger’s update is scheduled for January 2020. OPEN continues to invite developers to continue to utilize the developer portal in 2020 and also participate in our bug bounty program.