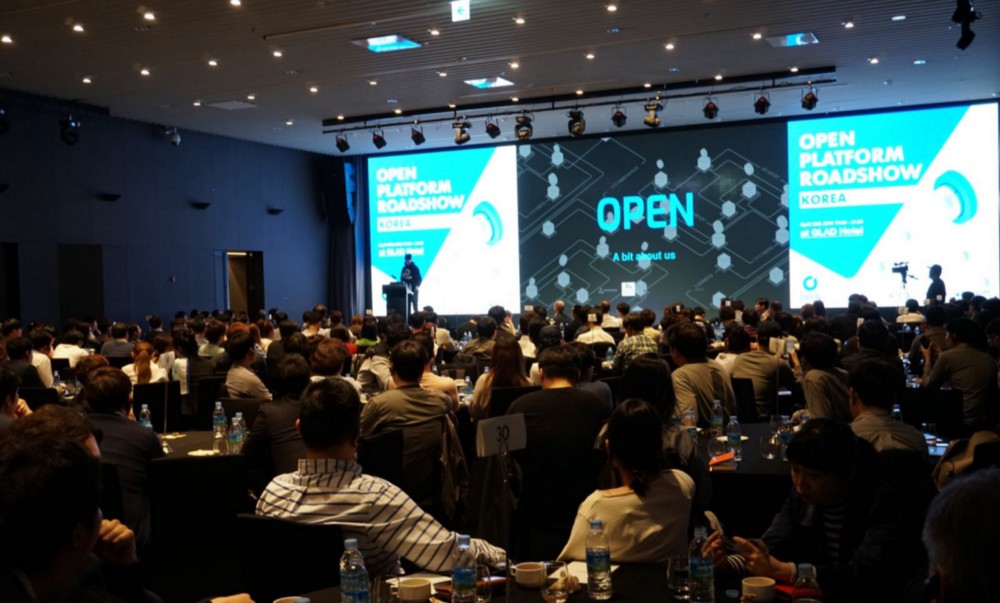 OPEN’s Asia Roadshow Is off to a Successful Start

We’re proud to announce that the OPEN Asia Road Tour has begun and has been met with overwhelming success and support. Over 600 people showed up to interact with the brightest minds in blockchain technology and application development in Seoul, Hong Kong, and Shenzhen. Among those speaking at the Road Tour is Jack Yeu, the co-founder of Switcheo Network; David Toliopov, CEO of software development company, Zensoft; and OPEN’s very own CEO, Ken Sangha.

More than 300 people attended the fully-booked Seoul event, with the hundreds more being turned away due to lack of space. The event attracted a number of big names in the blockchain industry, including Spunky from Bitgosu and members of Crypcentro, the famed Korean blockchain consulting firm. We ran a super fun game show that people were raving about!

OPEN’s Hong Kong event had an overwhelmingly positive turnout. Approximately 140 attendees showed up to learn more about OPEN Platform, the world’s first decentralized payment platform for applications and ecommerce, ask insightful questions, and get a better idea of what’s in store for cryptocurrency and mainstream technology in the near future.

The Shenzhen event saw 180 attendees, many of whom were developers and cryptocurrency enthusiasts interested in learning more about how blockchain technology will become adopted by contemporary society. Attendees include NEO Global Capital and Draper Dragon, two of the most influential blockchain investment firms that have supported a number of innovative projects including Trinity, Switcheo Network, Ledger, and OPEN Platform.

“We’re extremely pleased with our Asian Road Tour this far,” said OPEN CEO, Ken Sangha. “There’s been immense support behind OPEN Platform and blockchain technology as a whole. We’re really looking forward to what the immediate future holds in the blockchain industry and OPEN can be used to enrich the lives of consumers, developers, and online businesses.”

OPEN and the Future of Blockchain Technology

OPEN understands the important role that Asia plays in blockchain development and adoption, which is why they’re currently establishing an Asian delegation so OPEN can devote more focus to the Asian markets. An Asian office gives OPEN more time to concentrate on onboarding Asian developers and helping promote mainstream cryptocurrency usage in markets like China, South Korea, Japan, Singapore, and more.

Visit the OPEN website today to learn more about OPEN Platform and its innovative payment processing solution for on and off-chain applications.

Learn more about upcoming events by visiting our Road Tour event page, and stay up-to-date with exciting news like when we announce upcoming integrations and unveil events like our Developer Contest by joining our Telegram and Discord communities.