A Reflection on How Far We’ve Come

On January 3rd of 2009, Satoshi Nakamoto mined the Genesis block—number 0—of Bitcoin, earning a 50 BTC reward. In the years to follow, crypto adoption grew and grew. It grew from small message boards on the internet (where 10,000 BTC were spent on two Papa John’s pizzas!) to formalized exchanges, from Bitcoin and proof-of-work alone to innumerable coins and superior consensus mechanisms. Here at OPEN Platform, we reflect on those early days—back when the space was known by so few.

And how far we’ve come since! Gone are the days where the average person had hardly ever heard the words ‘decentralized’ or ‘crypto’. Gone are the times of small-time online message boards. Here and now, the economic importance of cryptocurrency cannot be understated. The cryptocurrency space as a whole continues to grow rapidly. In just the past four years, the number of blockchain wallet users has gone from around 7 million to over 50 million, as can be seen below. Current projections expect this exponential growth to continue into the future! 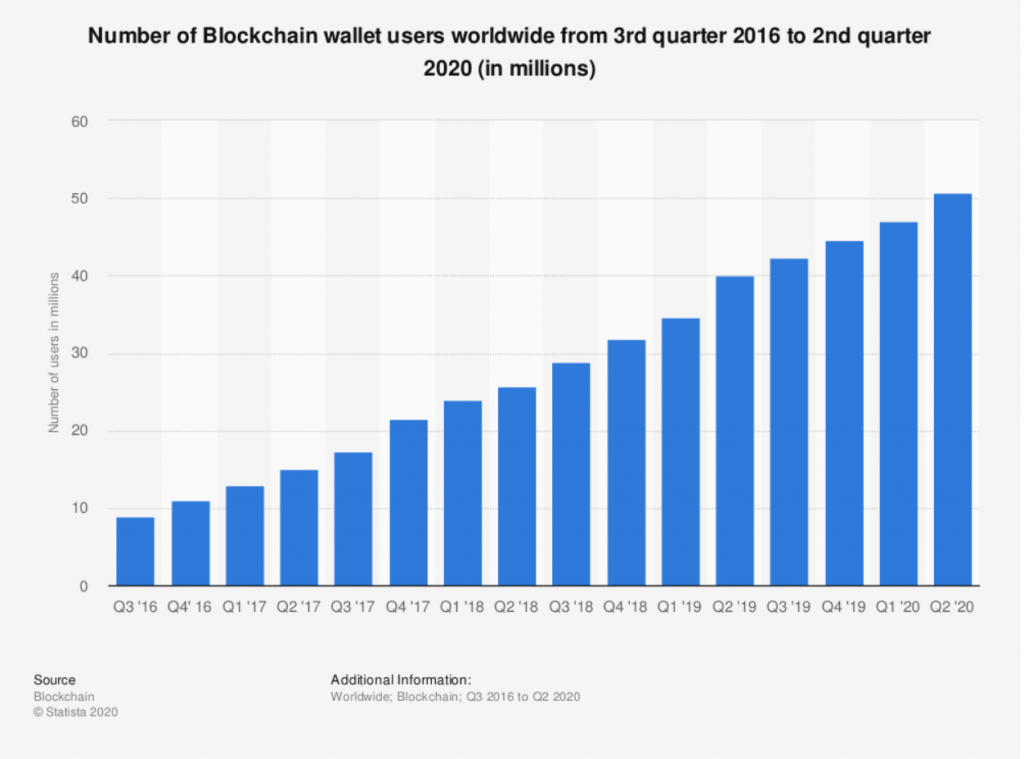 This continued growth and adoption has been facilitated by the expansion of large scale exchanges and major companies. It was just recently found that Coinbase is planning for what is estimated to be an $8 billion plus listing on the stock market within the next year. As a leading exchange and the first known to consider going public, Coinbase’s potential future moves demonstrate more clearly than ever the increasing economic growth and visibility of the space. Coinbase’s plans to go public along with increasing moves by established financial giants to accept cryptocurrency coalesce into an exciting pattern for future economic growth.

This reported decision by Coinbase is a pivotal one—it could mean the potential establishment of the very first public cryptocurrency focused company. This could push cryptocurrency and blockchain technology further, mainly by increasing visibility of the space as a whole on a grander scale.

And the space hasn’t just come far in an economic sense, but in a social sense as well. In sharp contrast to the infant crypto space when only a few techy individuals even understood what cryptocurrency was or had heard of it, almost every layman has heard the terms crypto and Bitcoin tossed around. In fact, current adoption has grown to previously inconceivable levels, as this 2019 Statista survey shows: 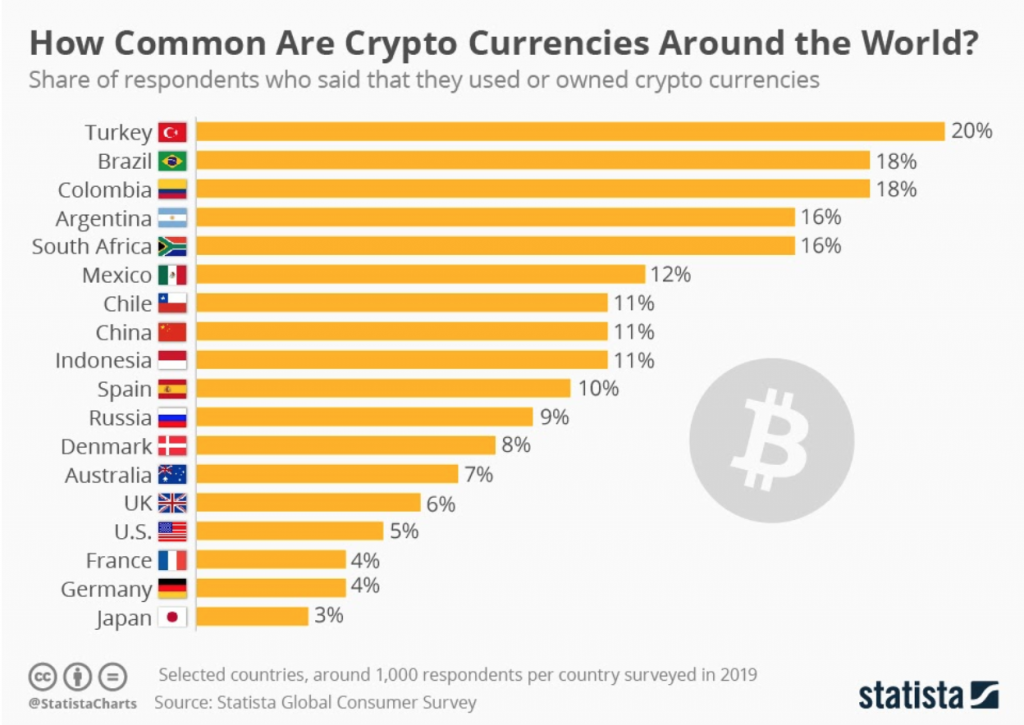 We expect that the layman will be learning far more about cryptocurrency and its fundamental value, and might be exposed to far more information as well. Cryptocurrency is in the spotlight. Many celebrities have announced their support of and ownership of cryptocurrency. As more and more high-profile individuals draw attention to the crypto and blockchain space, the more social awareness and normalization of cryptocurrency will grow. At OPEN, we hope to grow cryptocurrency adoption at a large scale, and this process is assuredly moving forward.

Though the space has had its ups and downs, we should all take a step back. Look at where we were. Put all these things in perspective. And see how far we’ve come in just ten short years. It might be clear, then, that the success of blockchain and cryptocurrency is nothing less than inevitable. At OPEN, we’re always looking forward. And we have a lot to look forward to.