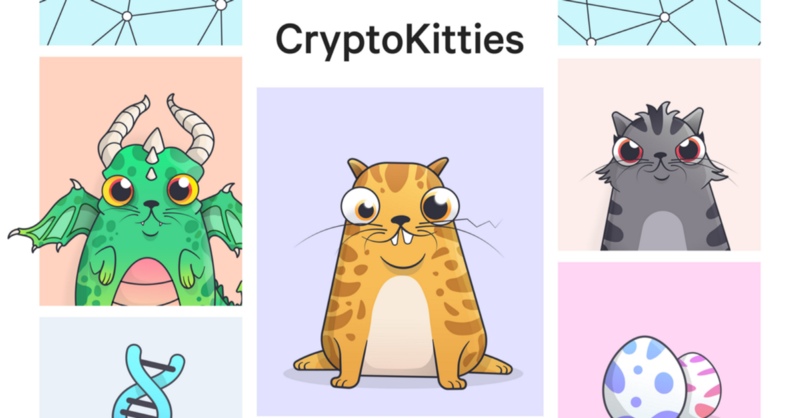 Thoughts for the Next Crypto Kitties Clones

Cryptocollectibles are not new to the blockchain. Even though fungibility is one of the necessities of a cryptocurrencies, there was at one time a similar craze for the color coins. Coins that were to have attributes layered on top of the original bitcoin infrastructure.

CryptoKitties is the next iteration on cryptocollectibles, because it is the first to fully incorporate these collectibles in an on-chain game. The game works by having users collect “Kitties” that have specific attributes with certain attributes being more desirable because they are rarer. These “Kitties” can then be bred with others to create kittens. All of these operations occur on the ethereum network which means that every operation in CryptoKitties must be computed by every node on the ethereum network.

The Issues with On-Chain Games

The concept of ownership is important, but creating the next level with the breeding and raising of CryptoKitties ignores the constraints of a decentralized network. The ethereum network can only handle limited bandwidth (14 transactions per second), so it is relatively easy to clog during ICOs, but the network bandwidth concern is especially important when it comes to the issue of on-chain games.

The general rule of thumb for decentralized networks like blockchain is that:

The success of CryptoKitties means that it is inevitable that cryptoassets will become a part of the gaming industry as more than just payments, but as the pieces themselves. The only question that remains is how to incorporate on-chain gaming in a way that is sustainable and scalable.

In the future, even as decentralized technology expands its grasp it is necessary to look at the blockchain for what it is great at: getting trustless networks to come to a consensus. On-chain aspects can provide security, but that does not mean that every operation should be broadcast to and be done on the blockchain.

Similar to the way that things are done on a centralized database, only write/commit when the resource is needed. Or by using different “zones” dedicated to specific games on a platform that allows for interoperability like Cosmos. With this method, the attributes could be left on-chain, but the functionality could be a part of some other system that is not on-chain or is on some distributed database like the Interplanetary File System (IPFS).

Even with these issues fixed, there is still the concern that these “on-chain” games will not be able to provide any great functionality in the real-world. If there is no way to connect these decentralized and transparent assets to already built infrastructure. There is no point in having these games only on-chain because the majority of the gaming infrastructure is held off-chain.

A way to bridge the gap between gaming infrastructure, so that it is easy to track in-game attributes on the chain, while also getting the quality and speed of an off-chain game. The only issue in this arena, is that there is a tendency to have many one-off applications for specific things, but there is no tool or platform that allows on-chain integration for any game developer.

That implementation is the bridge that OPEN building, so that on-chain applications can be easily integrated into existing infrastructure without the need to know about the blockchain.