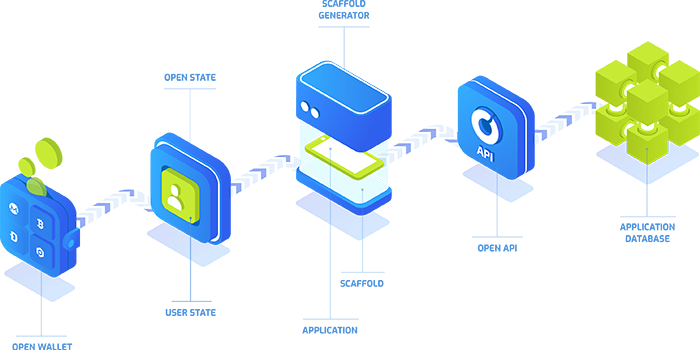 What is OPEN Platform?

The OPEN Platform is a blockchain based developer platform centered around providing developer infrastructure for mainstream application developers to embrace decentralized technologies.

Like the Stripe API has made it incredibly simple for developers to simply ‘plug and play’ and process payments within their technology stack, the OPEN API enables developers to similarly accept and enable payment data on blockchains in a way in which an application would require.

Because blockchains are structured in a decentralized fashion, there does not exist a centralized payments platform that caters to the needs of applications and their goods and services — enterprise applications, in app currencies for games, subscriptions, content etc.

As applications are more complex, requiring more than just the acceptance of cryptocurrencies in wallets they require the ability to update associated payment data or transaction information (including the sale of their goods/service) to their off-chain database technology stack, authentication of users who have purchased a specific item (like a subscription to a service), as well as security and verification on a blockchain that can communicate with their existing off-chain architecture.

As experienced application developers, OPEN is developing the infrastructure applications require to process this data on various blockchains with convenience (Ethereum) enabling developers to: