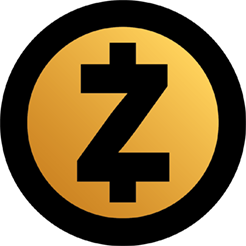 To solve the issue of privacy on a public ledger, a variety of cryptocurrencies have been spun up to provide a level of anonymity to transactions. While some tokens are not completely private, there are a few like ZCash which use methods to make tracking of transactions virtually impossible.

How is this going to impact Governments?

While this is beneficial for the scalability of the blockchain it does pose a serious problem for governments. Since the currencies cannot be tracked, it makes tracking assets and payments impossible for tax purposes. This essentially gives individuals a huge incentive to be paid and in privacy currencies because they retain all of the money.

What can Governments do?

Governments have a very few options in doing this. The first is to ban the use of all cryptocurrencies that allow for privacy, which, let’s face it, is going to be next to impossible and cuts the nation off from the benefits of decentralization.

The better option for governments is to embrace cryptocurrency and provide the one thing that consumers want from cryptocurrency — stability. It is still the case that fiat currency is considered more stable than cryptocurrency, and instead of waiting for the next tether or stable coin, governments should work to provide it. Not only can they control the production of the stable coin, it has many other benefits as well.

Having a stable currency that belongs to the government could make life easier for tax purposes, but it could even benefit consumer data and GDP. Moreover, the first countries that adopt these currencies will most likely see the price of their currencies increase with the influx of money from individuals that want a stable currency.

The repercussions of the blockchain and privacy currencies is not yet being felt by the American people, but there will come a time in the not too distant future when governments will be forced to address this issue. While some in the decentralized movement might appreciate the idea of having a decentralized government where projects are funded by those that benefit from them, I think that the world is not yet ready for this and thus something must be done.